Skip to Content
Proud Member of the Neighborly Family

I was just speaking with a family member over Thanksgiving about Real Estate Investing and the benefits of owning Long-term Rental Properties. We spoke about how enticing Real Estate is and how it tends to be more stable and predictable than other forms of investments. I explained to him the difference between the mindset of a sophisticated investor and a retail investor. The sophisticated investor attempts to make decisions based on risk. The retail investor makes decisions based on reward without understanding the common expenses and liabilities. This difference directly impacts the return on investments of your rental property. 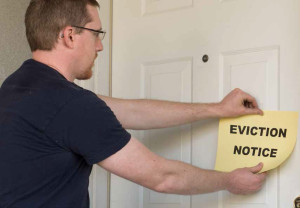 Bill initially contacted me this last summer. He leased his Indianapolis rental property in the middle of June. The tenants paid their prorated amount to move-in to the home and rendered a security deposit. Unfortunately, they did not pay rents for July or August. He had also been notified by the HOA that the tenants had not been mowing the lawn. He had sent a friend to mow the lawn and was then told that the tenants had pets at the home. The owner had never authorized the tenants to have pets though. When he came to me at the end of August, he was looking for eviction services. I explained that we only handled evictions for rental properties that we manage but that we would evict his tenants if he became a client. As soon as he got his paperwork back to me, I headed out to the property to attempt to initiate contact with the tenants. They were not home so I left a letter and business card on the door. The property manager had also sent a notice in the mail the same day. The next day, the tenants called. The initial conversation was very trying. The tenants claimed that the owner had made various arrangements and waived some of the back rents. We were never able to come to a believable background story. In the end, instead of evicting the tenant, we received September, October, and November rents. The tenants have also signed a Pet Addendum and have been paying pet fees for their home. While we did not recover the outstanding 2 months rents that was due before taking over management, the owner is happy that the home is now performing. It looks that it will continue to perform until the end of the lease.

Gloria and Mark from Pennsylvania 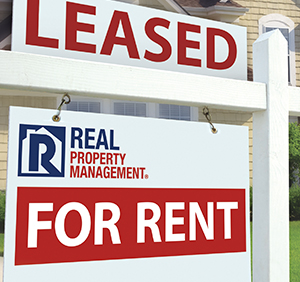 Gloria and Mark had tried to sell their home as they were relocating to another state. They worked with their realtor to try to sell their Fishers home. After several months of frustration, they determined that they were not going to be able to sell their home at a suitable price. The realtor suggested renting the home instead. At least they would not have to continue to pay two mortgages while they waited for the market conditions to change. The realtor was going to market and manage the property as a rental. Another three months went by and the realtor had only shown the property a couple of times while the owners were continuing to pay a mortgage and utilities. The owners decided to contact Real Property Management to market and manage the home instead. Unfortunately, we took over management in the dead of winter. Even with a slower time of year we rented the home in a suitable time frame. After about four weeks of marketing the home, we were able to find a professional who had just moved his family to the Indianapolis area and was looking for a nice home. Gloria and Mark had paid the mortgage on their vacant home for about seven months before getting a qualified tenant in their home. The tenants are now on their second year of leasing the rental property and have never had any issues. Several times Gloria has told us that she wishes that she had come to us first to rent her home. 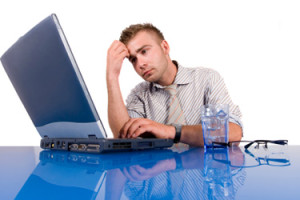 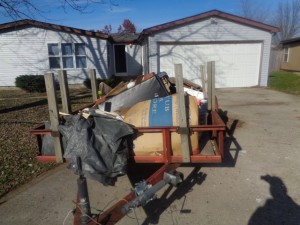 Roi had brought his two homes to us from another property management company. His previous property manager was not diligent with inspections or repairs. One of the homes had a board of health claim against it and those tenants had quit paying rent and were undergoing eviction. The other property had been vacant for months and was in serious disrepair. We sent our inspection team out to build a scope of work and provide an estimate to get the homes in rent-ready condition. We sent him an estimate for both homes and told him that we would have both homes ready in about 15-18 days. He had sent other contractors over to provide estimates as well. He chose another contractor because their estimates came back as a couple thousand dollars cheaper between both properties. 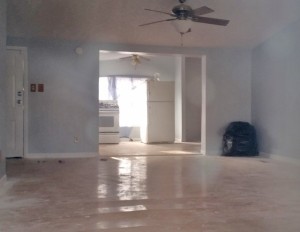 Initially, his contractors were slow to start. After not getting started for 5 days, the owner received notification from the city that the grass was overgrown. They finally took care of lawn care and began the project.

We followed up the Roi every week but the estimated time to completion kept getting pushed back. After nearly 2 months, he finally called to tell us that the contractor should be finishing soon. We scheduled to have both homes inspected and put on the market. Our inspector went out to the first property to see a trailer full of trash parked in the driveway, and saw horses in the front walk way. One of the contractor’s employees was inside still working. As the inspector walked around the home it was still somewhat torn apart with several areas of the home still incomplete. There was trash and trash bags in various rooms and the garage was full of trash as well. After that our inspector went to the other home. It was more incomplete than the first and nobody was at the property. 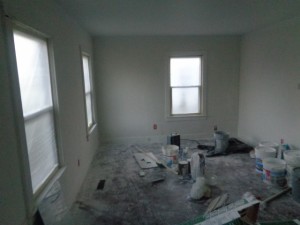 We immediately communicated this information back to the owner. The following Monday the owner called and told us that he could not get in touch with the contractor and needed us to go to the property. When our inspector arrived at the first home, the lock box was now missing and the home was in the same condition it had been in the previous week. He asked us to change the locks on both properties and have our teams provide estimates to complete the projects. Needless to say, this owner has lost about 2 months of potential rents and had to pay for work twice before getting his home on the market. We are currently working to complete this project and should get these on the market for this owner soon.

Building your team and networking with Real Estate Professionals helps navigate the various nightmares that can happen with your rental properties. With over 25 years of Property Management Expertise, Real Property Management has become the Leader and Trusted Adviser for Rental Properties everywhere. Contact us today for a Free Management Quote or Free Rental Analysis.

We are pledged to the letter and spirit of U.S. policy for the achievement of equal housing opportunity throughout the Nation. See Equal Housing Opportunity Statement for more information.

When it comes to finding the right property manager for your investment property, you want to know that they stand behind their work and get the job done right – the first time. At Real Property Management we have the expertise, technology, and systems to manage your property the right way. We work hard to optimize your return on investment while preserving your asset and giving you peace of mind. Our highly trained and skilled team works hard so you can be sure your property's management will be Done Right.